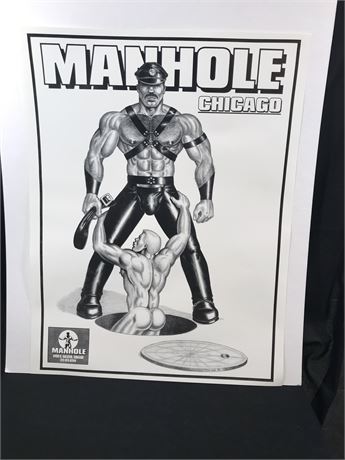 Original Vintage Gay Bar Poster by Bill Schmeling, aka, THE HUN for MANHOLE in Chicago. Measures 17" x 22". Condition is like new, never used. Shipped rolled in hard tube. Suitable and ready for framing. Glossy poster paper. The Manhole opened in 1990 and closed in 2002.