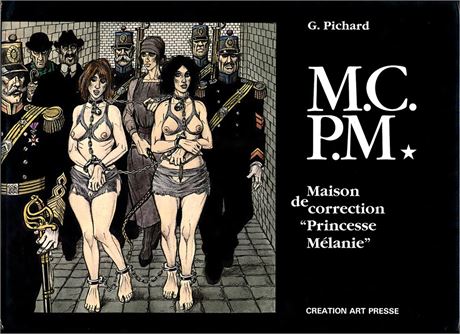 Payment Instructions
PayPal only at this time
Details
Description

Pichard was a French comics artist noted for his work in the 1960s and 1970s, illustrating women in various stages of bondage, flagellation, intricate apparatuses, role-playing. Here, his trademark gothic look decorates a tale of royal infidelity, capture and torment of Melanie, set in early 1900s unnamed town in central Europe, prefaced by a Jean Giono quote.

Very Good Plus, light rubbing, and spine nearly detached from signatures at the rear. [Book ID 126735]