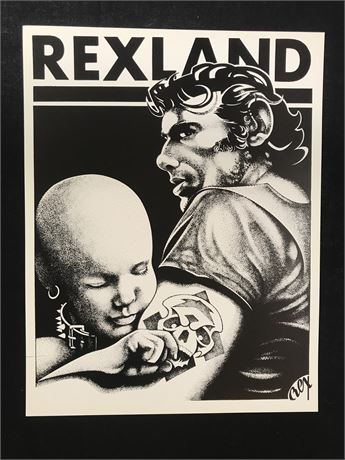 Rare print by REX in excellent condition. Printed on heavy card stock. Measures 8.5 " x 11" . c.1980's or 90's. REX was known for drawing in the style of Pointillism, the use of small dots to draw/make art. This was the art used on the cover of the REXLAND book of art put out by REX.